“When brain is sick, life is broken!”

For the second time this year, the Neuroscience in Bordeaux Association took part in the Neurodon 2015 fundraising. What’s Neurodon? The goal is simple, distribute 2€ tickets at Carrefour markets to collect funds. In 2015, thanks to volunteers and its active members, NBA collected this year 2556€ at Merignac and Bordeaux Delattre Carrefour Markets. March, 28th 2015

For more feedback of 2014, some numbers at national level: 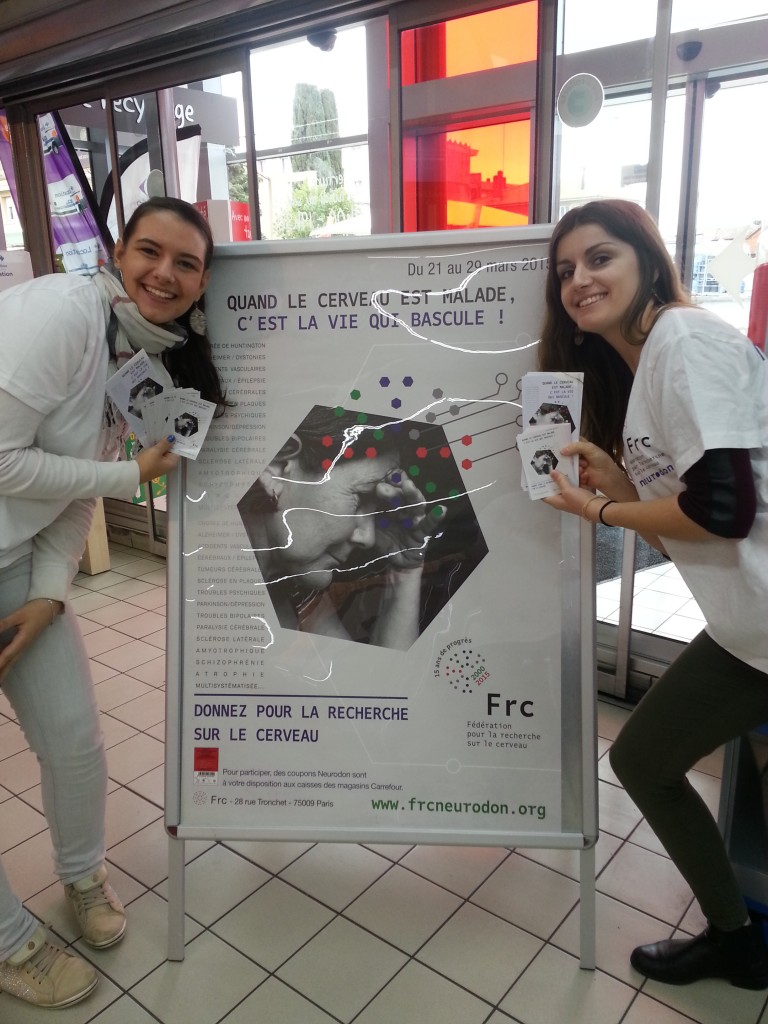 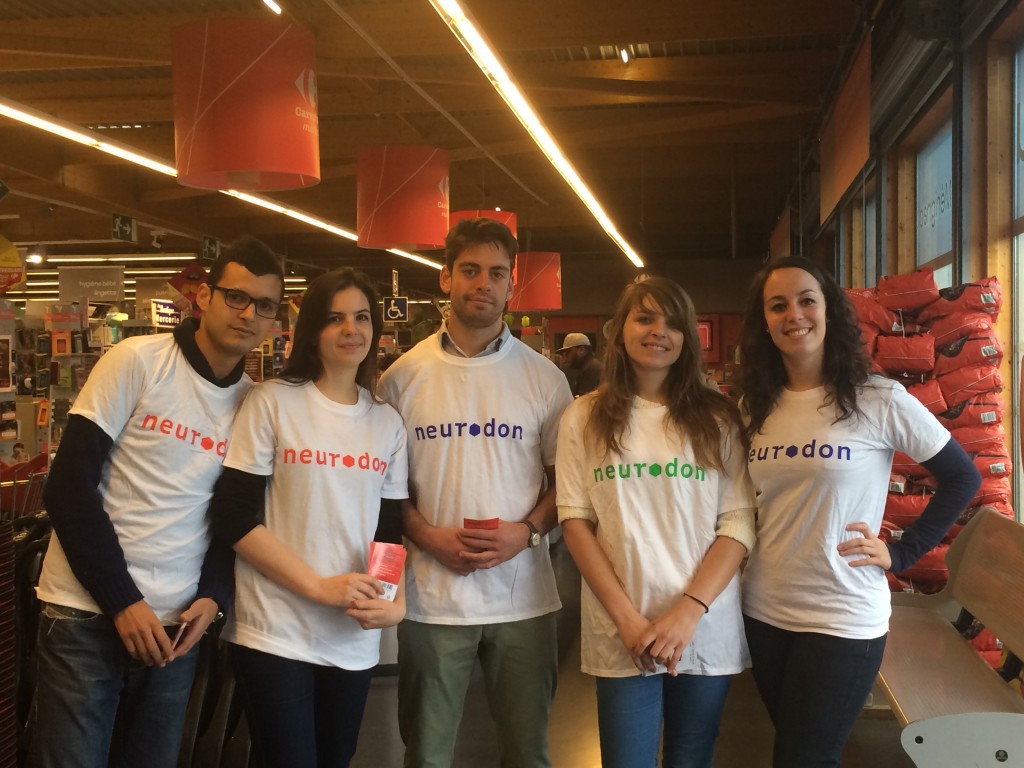 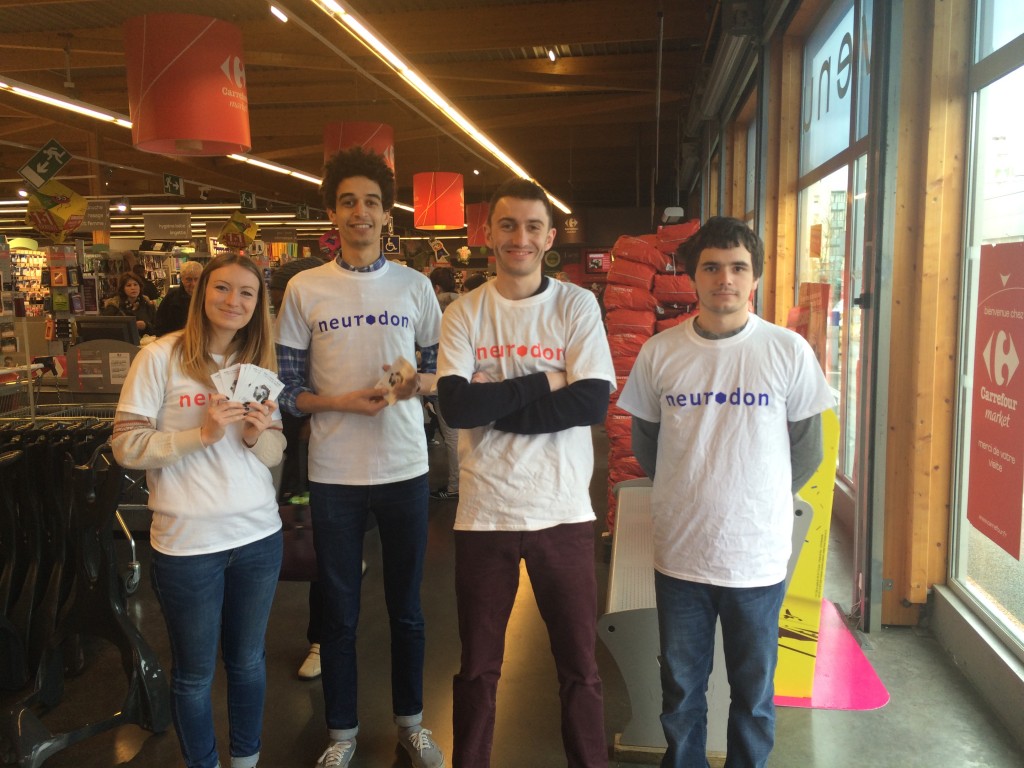 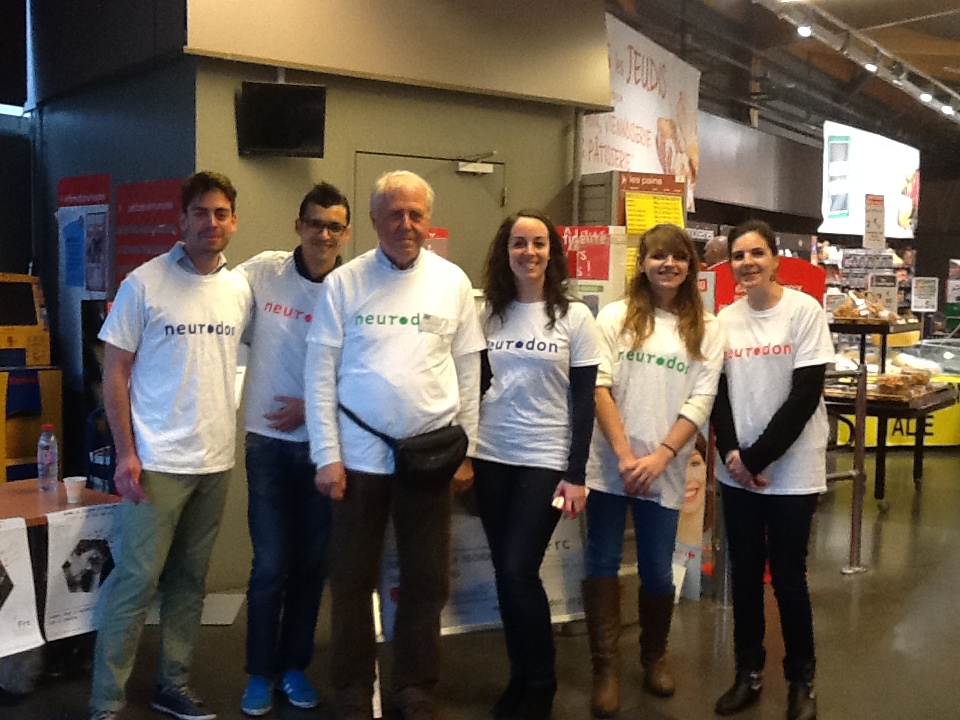 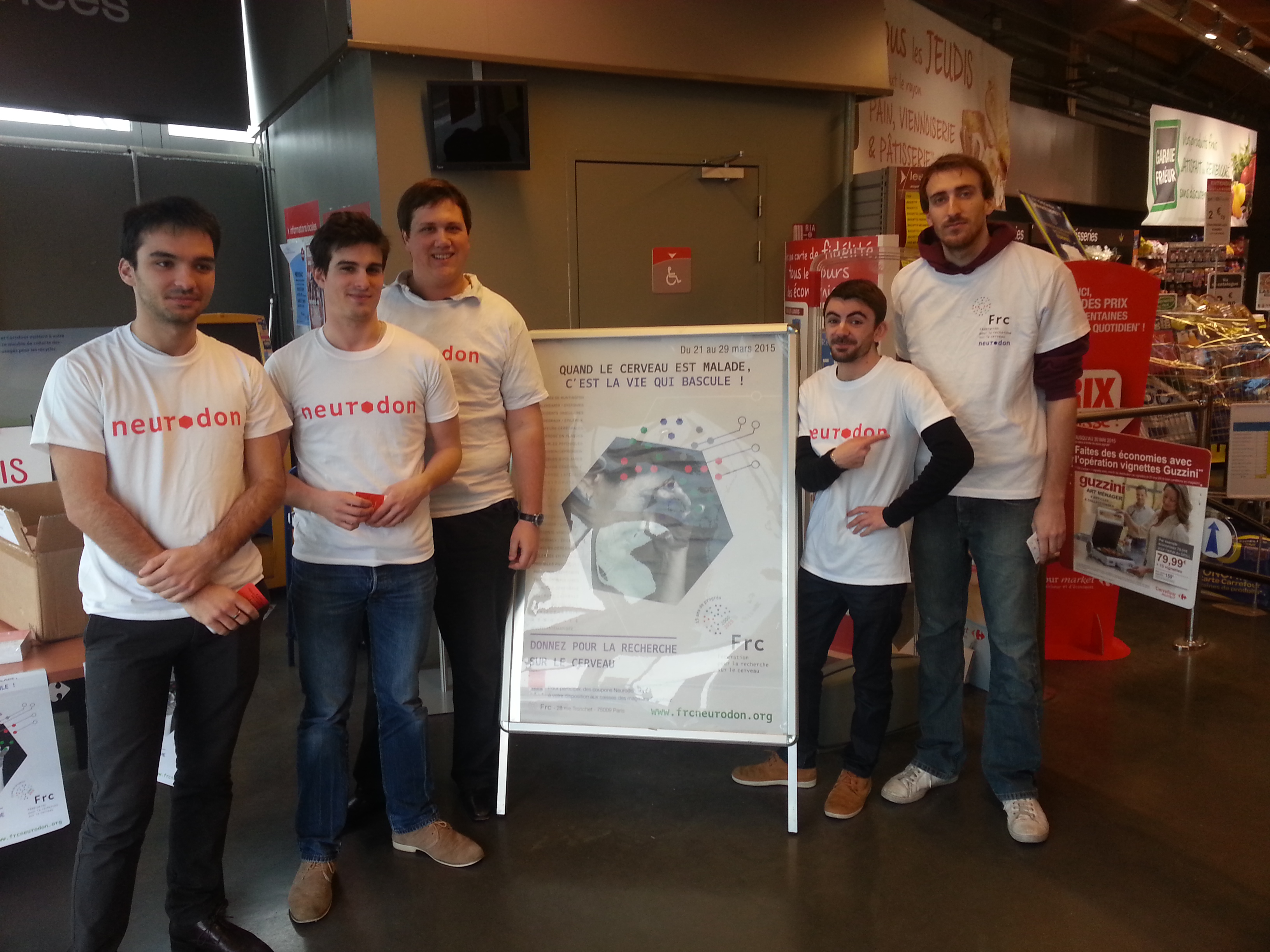